Review of a Rapier Seminar with Rob Runacres

On the weekend of the 19th and 20th of September this year, the Academy of Historical Arts hosted Rob Runacres for a weekend in Glasgow, to teach a seminar on rapier fencing.

In the last year or so, there have been a growing number of people in the Academy of Historical Arts who have wanted to begin studying the rapier. So a few months ago, we bought in a box of rapiers, in order to provide loaner swords for people to begin studying the art without needing to invest in their own swords immediately. The second part of our efforts to facilitate the study of rapier in our organisation was to invite Rob to teach a weekend seminar, to give people an introduction to the fundamentals of using the rapier effectively and safely.

I asked Rob to focus heavily on the mechanics of using the weapon, to emphasise the proper way to do the basics. Any beginner can pick up a rapier treatise and begin to interpret the pictures – but a healthy study of the discipline would benefit from input on details such as exactly how to hold the sword, how best to form stance and posture in order to achieve an effective lunge – and, of course, how to lunge properly, to achieve success with the action and without hurting yourself!

Rob is a superb teacher. He stuck to the brief and focused on mechanics, fundamentals, and low level details. Not only did he manage to cover these difficult and complicated subjects, he managed to do so in a manner that was engaging and entertaining. One of the things that I appreciated most of all was that over the entire event, Rob spoke loudly and clearly, so that everyone in the room could hear him and understand what he said. Too many instructors possess great information, but cannot express it loudly and clearly enough to be heard by their students; but Rob made sure that every participant could hear him clearly.

We did not look at any single treatise in isolation. Instead, Rob synthesised salient points from different sources to provide a sensible and coherent introduction to the discipline. By giving a reasonably wide basis to the introduction, discussing and comparing some of the Italian ways of doing things and some of the Spanish methods, he was able to show that different masters and schools had different ways to approach the fight, and that each method had its advantages and disadvantages. Rather than teaching us to follow a single treatise, he equipped us to make sensible choices about what sources to go ahead and study, and showed why we might come across seemingly contradictory advice between sources.

The theme that ran through everything Rob taught was that of personal safety. He was not teaching a sporty, point-scoring method, nor was he teaching an overly-theoretical, image-interpreting method. Instead, he taught a safe and secure method of fencing where the focus was on “not being hit”. There was no room for ego. The fundamentals all involved personal safety, and security when acting. This was exactly what some of the participants needed to hear!

I would encourage anyone to get in touch with Rob about arranging a seminar, if you and your club are interested in learning about the rapier. His knowledge is extensive, his teaching skill excellent, and his ability to demonstrate and put into practice what he teaches is admirable. Not only is he a great instructor to have teach at your event, he is also a very friendly fellow and is a delight to have as a guest.

Rob’s club is the Renaissance Sword Club in Reading, Surrey, and you can contact him through their website:

Feints with the Longsword, according to Ringeck

A feder in a field, at AHA Loch Lomond 2013.
Photo by Elliot Howie.

A common action in modern fencing is that of “feinting”: setting up a situation so that it looks like you intend to do one thing, when in fact this is a trick, because you actually want to do something else. If the opponent falls for your trick, then he creates an opening that you can exploit. A very common example of feinting is to perform an attack toward one opening, then when the opponent makes to parry your attack, to take your sword away and attack into a different opening instead.

However, is feinting a big part of Liechtenauer’s system of unarmoured fencing with the longsword? It is common to see people utilising feints in sparring, but are these actually part of the system?

This article will examine the advice presented in Ringeck’s gloss of Liechtenauer’s Zettel. Other sources within the tradition may well offer different advice, and I would encourage other practitioners to examine the issue from these other points of view. To make this interesting, I will play Devil’s Advocate, and will argue the stance that feints should not be used as frequently as most people (myself included) use them in the sparring.

END_OF_DOCUMENT_TOKEN_TO_BE_REPLACED

A Brief Introduction to the Smallsword

Today’s article is by MEversbergII, and is a reposted version of his original article on Imgur. He has given his kind permission for the article to be reposted here for posterity. Editor’s Note: I have taken the liberty of correcting two or three small spelling mistakes, such as replacing “braodsword” with “broadsword”, but no substantial edits have been made to the piece to change the meaning of the article in any way. 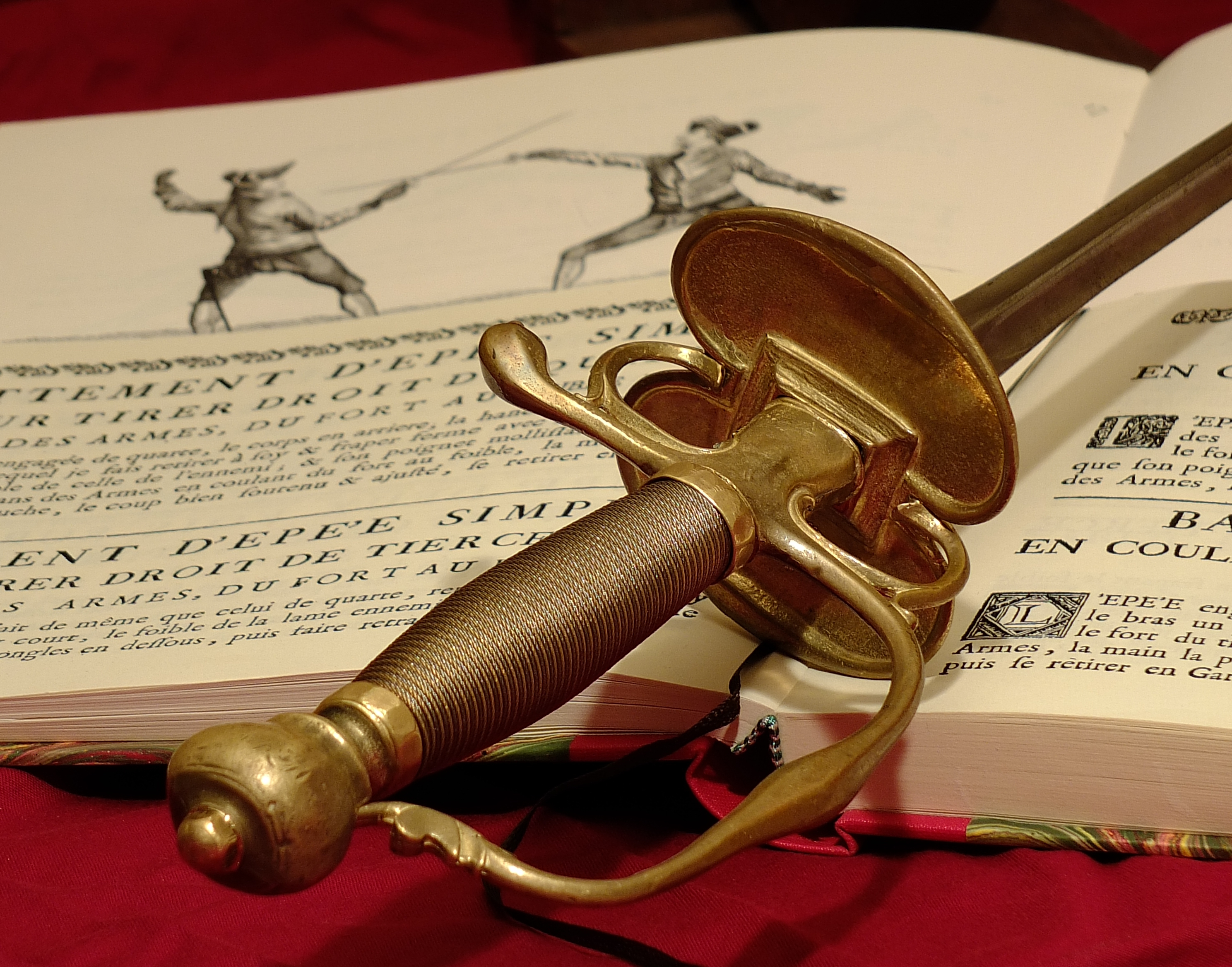 I’ve mentioned in a few comments about being a student of the sword, and a few people were interested in knowing more. In that vein, I have created this album to spread a bit of knowledge out there for any other interested folk. Let us begin! Years ago, I started to get into something called Historical European Martial Arts – HEMA. HEMA is the study of various martial arts, both armed and unarmed, from pre-modern Europe. I have experience with severral forms of it – unarmed wrestling, dagger/knife combat, sword and buckler, quarterstaff, longsword, and messer. Recently, however, I began to study the smallsword, and that will be the focus of our album here today.

END_OF_DOCUMENT_TOKEN_TO_BE_REPLACED

As a martial artist, you will frequently hear of techniques being described as either basic or advanced techniques. When starting HEMA, a lot of people will jump forward to training what might be seen as advanced techniques without much background in martial arts, and without understanding of fundamental concepts such as distance, timing, pressure, biomechanics, etc. Others will decide instead not to spend time on what they view as advanced techniques, and will instead focus on the basics instead. I sometimes hear HEMA practitioners describe a technique as being particularly advanced, and using this to explain why that technique doesn’t appear in sparring. Some HEMA practitioners may focus on “basic” techniques to the exclusion of “advanced” techniques.

However, I think this is often a false dichotomy. Within the German longsword tradition, I have a particular interest in winding, and have taught many classes and workshops on winding. Often however when I talk about winding, and why people often don’t wind at all in fights, I get told that winding is a really advanced technique and that people just aren’t skilled enough generally yet to use such advanced techniques, but as general skill rises these techniques might be seen more. I don’t agree with this however. Winding does require particular skills (specifically Fuhlen and the ability to create a stable bind and seize the centreline), but actual winding techniques themselves are not I think difficult or advanced. The skills needed for winding techniques are often lacking, but that doesn’t make those skills advanced skills per se, in the same way that many people don’t have a good sense of timing or distance, but that doesn’t make timing and distance management advanced skills.

If when training a technique people think of it as an advanced skill, they probably won’t attempt to use it in sparring. For the sake of argument, if a fencer is in a position to make use of one of two techniques, and they think of one of these techniques as being basic, and of the other as being advanced, they are more likely to want to stick to the technique they view as being basic.